This is an online multi-player game. The elements and art only contains circle and text, but believe it or not, you will addict to this game after playing! 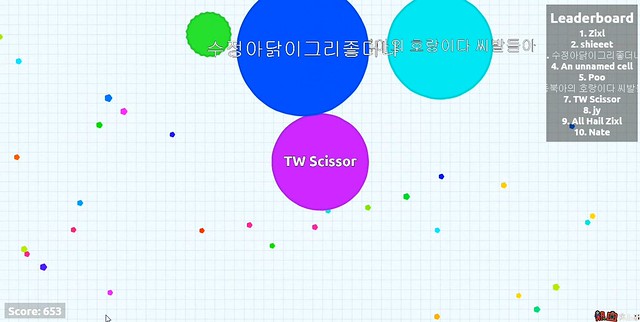 "Show mass" is the most useful in all options, while it only shows self's mass, but means a lot.

1. Dark Theme：Just for "Feeling".
2. No Names：You can turn off all names if you don't want to see some ugly names.
3. No Colors：All cells will become black and white.
4. No Skins：No flags and images, only color.
5. Show mass：Show your cell's mass by digits. 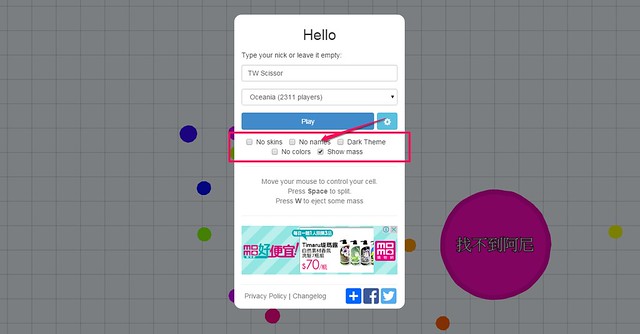 1. Move your mouse to control your cell's move direction.
2. Space：Split.
3. W： Eject some mass（Usually for team work or speed up）

By eating continuously, your cell will become bigger and bigger. But the cell has basic consume, when your cell's mass larger than 500, the consume will become obviously. If you don't try to eat more food, the cell's mass will get smaller. ( Checked "Show mass" in settings ) 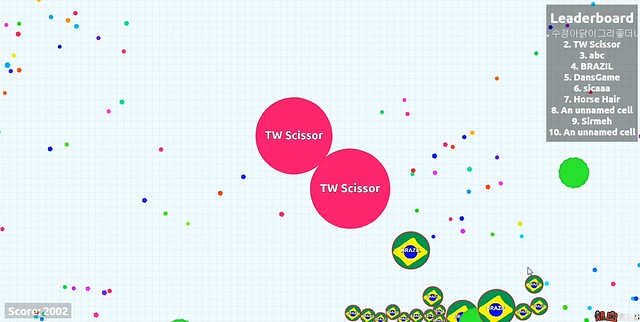 To conclusion：Unit for saving, split for escape! 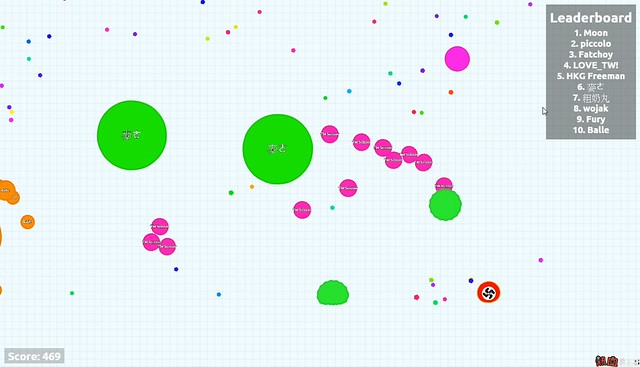 How to eat：Find one half-size of your cell

So, eat other cells by splitting your cell! Split will speed up your smaller sub-cell, for eating or escaping purpose. But it take about 20~30 seconds to unit again, be careful in this unsafe period. 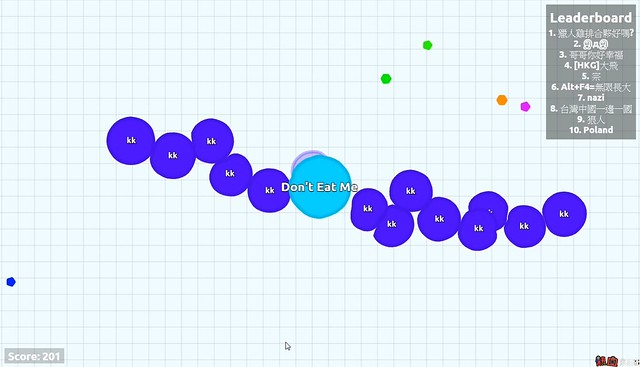 Image：The best situation is you can go through these stabbing cells, and other big cells just can't. 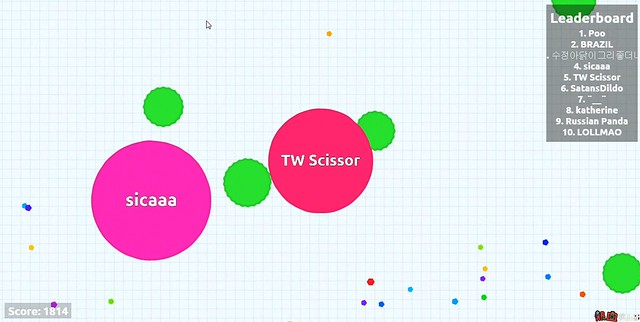 The game will record your top score in this round.

Earlier stage: Grow up by eating particles, avoid the battlefield. 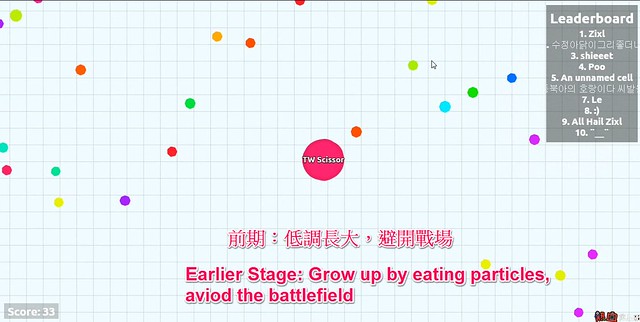 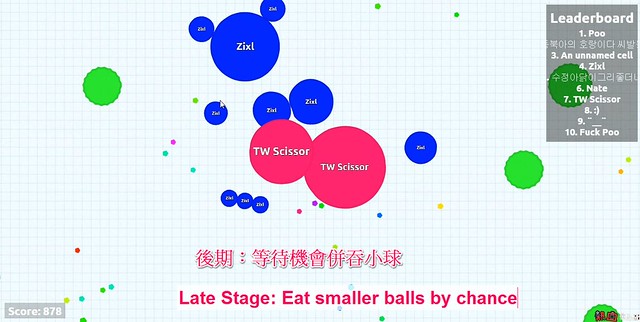 Sometimes you will find out a big cell stop moving, and you still can't eat him. But you can wait stabbing cells! If it is big enough, there's a big chance that stabbing cell will appear inside the big cell, you can quick get bigger if you catch this moment.


歡迎您留言與分享！(Welcome for comments or sharing!)